I know, I know… this isn’t HOT news anymore and especially not in the US, BUT… Germany won the 2014 World Cup a few weeks back. Being German this was an #AWESOME moment for me and my entire family. A little bitter sweet since we saw the World Cup final in our living room in Florida. You have to know, in Germany, when they win a soccer game everyone goes wild in a nice way.

People flock onto the street with flags, outfits, banners, colored faces and honk their horn on the care like crazy. In my hometown in Kitzingen Germany we were fortuned to be part of the pre-games of the World Cup and were able to witness some of the craziness that goes on after Germany wins. I can only imagine how super crazy it was and that the entire town partied for hours together after we won the World Cup. I sooo wish I could have been there for the mania, must have been a sight to see, that’s for sure.

I know, living in the US now I have to admit, I’m proud to be living in the US and to honor all our service men and women and to participate in anything to show the pride in America, BUT… for the World Cup I had to show my pride for my home country a little bit more. It was just awesome to see that we finally made it to the Finals after 24 years. I’m ecstatic like most Germans and Soccer has always been a big part of our life.

In case you do watch soccer, did you see the US team? Lead by none other then our German Soccer Coach Jürgen Klinsmann, he coached the German National Team in the 2006 World Cup and later moved on to now coaching the US National Team in hopes to bring Soccer to the US.  I’m so excited for the US team, they played awesome games in the World Cup this year and I cheered them on every chance I got, well … except the game Germany vs. US… what can I say, my home country… LOL… But overall, way to go USA, great games played and with a little more training I bet they will make the Semi-Finals in the 2018 Games in Russia. I can’t wait to see how the US National Team will advance and maybe who knows, one day it will be Germany vs. USA in the Finals. That would be a sight to see. Would be totally AWESOME!!! Well.. my entire post was about how crazy Germans are when they win a soccer game, here is the video you have been waiting for this entire post, totally appreciate you sticking with me till the end even though I probably bored you to death, it’s much appreciated and shows my true friends are sticking to me no matter what.

This video was taken by my friend in Germany and forwarded to me the day of the Finals.. Crazy isn’t it? I have a few more but unfortunately my husband used the camera the wrong way and you would only see them turning your head sideways… not really fun… does anyone know if there is a way to change them? Till I figure it out, you can find lots more videos about Crazy Germans Soccer on YouTube and I have some on my Facebook, not sure if it works Link1 and Link2 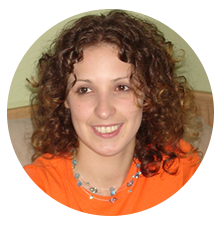 Hi! I’m Melanie a mom of 2 Teen Boys & 1 Girl. I’m your everyday average working mom, wife and friend that likes to share recipes, DIY tips, techy things and anything from crafts to home remodel. I’m a Brand Ambassador, recipe creator and love to share things both from the US and my home Country Germany. So stick around and see what fun things we come up with.

We love our Pets 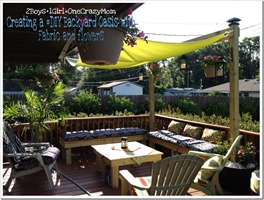 Our Germany Travels and Recipes 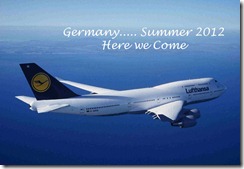 I'll gladly write a product review for your business or host a giveaway for you. Please contact me with information about your product to evaluate and I'll let you know if it is appropriate for my blog and readers.